A Return to Kansas Pheasant and Quail Hunting

Walking through high grass with a line of hunters is sometimes challenging while speeding up or dropping back to stay even with the line. A variety of tall grass threatens to trip you and a pheasant might bust into the air when least expected. Missing your chance to drop this bird that so many worked hard to find is often met with dirty looks and stone silence or quietly-mumbled comments about your heritage.

I joined a group in Barton County, Kansas close to the Cheyenne Bottoms Wildlife Area and the Quivira National Wildlife Refuge a couple of years ago. The surrounding area is dominated by flat CRP or row crop fields cut by dirt or sandy backroads. This loose sand and dirt are almost like driving on ice-covered roads.

Blue sky over a vast ocean of light-yellow prairie grass created a beautiful picture. A legion of yellow and black Labrador retrievers worked back and forth through the waist-high grasses, closely followed by determined men sporting orange hunting vests and hats. Each carried a different type of shotgun with visions of roast pheasant or even a pheasant casserole.

Pheasants run quickly and blockers are needed out in front to discourage their escape. A careless shot could mean injury or even death to another hunter. Pheasant hunting can be extremely intense, a test for the experienced and especially the inexperienced.

We worked several fields and I was graciously asked to be a blocker, perhaps to avoid slowing our younger group down and adding to their frustration. Brent Frazee, former outdoor editor of the Kansas City Star joined me and we enjoyed mild temperatures and warm sunshine, not ideal pheasant hunting conditions.

Toby Hogan, owner of Innovative Outfitters, told me after our hunt that we would probably shoot some birds, but it was too early. The best hunting takes place when the wind is blowing, snow covers the fields and the temperatures is low enough to question one’s sanity for being out.

But our hunters persisted and were soon rewarded by a cock pheasant’s flush. The bird looked huge as it pumped powerful wings to escape. We watched one of the hunters led the bird and dropped it with a well-placed shot from his 20 gauge.

Soon dogs and shooters moved closer to my standing position, flushing an occasional pheasant from pockets of grass to calls of “rooster” or “hen.” Hen meant hold your fire; they are not legal to shoot. Their brown feathers are easily distinguishable in flight from the bright colors of a rooster, but a bird flying into the sun can be hard to see and hunters from other angles have a better look. Pheasant hunting in thick terrain tends to be a team sport.

The group moved towards my blocking position when someone stepped on a live landmine. A combination of cackling with flailing heavy wings erupted from the tall grass to my left. I looked up in time to see three rooster pheasants fly 20 feet over my head.

Their intense colors of red, purple, and green and about every other primary color showed in the sunlight against the bright blue sky. Cackling sounds of panicked birds filled the air as they quickly made distance from unimaginable danger.

I watched as one dropped farther up the field. The others disappeared over a rise for future hunters to chase–or even a meddling coyote in search of a meal.

Bright Future: Kansas is bringing back quail and pheasants with a variety of habitat programs. The State Wildlife Habitat Improvement program works with landowners that don’t qualify for federal programs. A program through the U.S.D.A. provides funding allocated to wildlife habitat improvement. CRP practices include Bobwhite Buffers and Pivots Corners.

Need a Place to Hunt? The Walk-In Access Program (W.H.I.A.) started in 1994 and by 2004 over one million acres were available for hunting. I experienced one of these hunts and we all limited out on pheasants. Note that we drove to a remote area off the beaten path where many had tread before. Most hunt for upland game birds around walk-in areas, while some have deer or waterfowl opportunities.

“Today we have 1.4 million acres in our Kansas W.H.I.A program,” said Wes Sowards, Wildlife Division Assistant Director of the Kansas Department of Wildlife and Parks. Our main issues are relatively few between landowners and hunters. Most historical concerns center around leaving trash, driving on the property and not abiding by Safety Zone signs around buildings and equipment. Most real concerns are actually due to non-hunters using the property, which is against the rules, for target practice and vandalizing.  Most landowners enrolled in the program do not express any negative feedback regarding hunters.”

Kansas expanded the program in 2018 by offering enhanced payments for quality habitat that increased the WIHA budget by $1.5 million.  This successful program will continue to monitor how and when to expand, if feasible.

Waterfowl hunting opportunities may be somewhat tricky. Locate walk-in properties in established flyways or close to wildlife sanctuaries where the birds stay at night and then fly out every morning or evening to feed. This will take some scouting and perhaps luck, but waterfowl love row crops and picked cornfield or other foliage make great natural blinds.

W.H.I.A. Lands enrolled are generally CRP, native rangeland, wheat, milo stubble, riparian or wetlands. Each accessible property is clearly marked by signs with additional signs designed to show where not to shoot or visit.

Melvern Wildlife Area, located in Northeastern Kansas is one of the quail initiative areas, located less than 20 miles from Emporia, Ks. This area includes 4,000 acres of prairie grass, 3,000 acres of row crops and 2,000 acres of woodlands. Row crops are rotated and the area is burned off to improve wildlife, notably quail habitat.

Hunters on Melvern are required to get a free daily hunting permit. Permits may be received through the Kansas Department of Wildlife and Parks electronic permit system. Permits are only required on certain areas of Melvern, so please check their regulations.

I have hunted this region for quail on several occasions with great success. The hunting is generally thick grass with openings on edges and around woodlots.

“Kansas is one of the elite states for pheasant hunting and wildlife habitat conservation and has positioned itself as a clear leader in efforts to restore bobwhite quail populations,” Vincent said, “Only time and good area management will make this possible. But many persistent hunters are determined to bring back quail and pheasant numbers.”

Start training those setters and pointers. The golden of days of quail and pheasant hunting may be back. 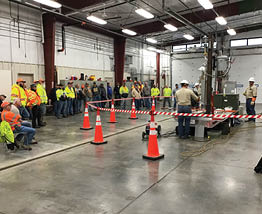 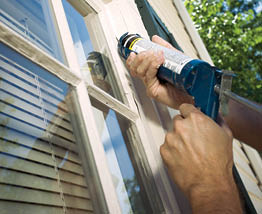