A Time for Reflection, Humbleness and Appreciation

Benjamin Franklin, as the story goes, was in favor of the turkey over the eagle as our national bird. Can you imagine if that would have happened and the altered linguistics of common phrases? You can play around substituting the word turkey instead of eagle and actually get a chuckle or two.

When Neil Armstrong and Buzz Aldrin became the first to reach the moon, they would’ve uttered the words “the turkey has landed.” The patriotic march song would’ve been “Under the Double Turkey.” Football fans could root for The Philadelphia Turkeys. The Boy Scouts of America’s highest honor would be a Turkey Scout. At any rate, the eagle prevailed as a symbol for so many virtues that our country stands for.

I can’t leave the turkey alone. The turkey remains with its own steadfast symbolic place in American history, culture and cuisine. Although it tastes mighty good accompanied by cranberry sauce and pumpkin pie, the symbolism it stands for as it headlines our Thanksgiving meals across our nation is so endearing to the simplicity of just giving thanks. When the pilgrims and native Americans first sat down to share a meal with the purpose in mind to give thanks for a bountiful harvest, I’m sure they had no idea how meaningful this special time would become.

Thanksgiving is just such a special time for reflection, humbleness and appreciation.

In all of our lives we have stages of work, toil, sacrifices, and accomplishments. Farm life for me was and is no different. Working the land, planting the crops, praying for rain, and harvesting the results of our labor. Pretty simple but very easy to have a reason to give thanks. As the long days of summer turned into the long nights of winter on the farm, it allowed for other memories and a time for thankfulness. My dad played five string banjo. He would get out his banjo regularly during the winter months and play for an hour or so. For banjo enthusiasts, he picked, did not strum. One of his favorite tunes to play was what else but “Turkey in the Straw!”

Everyone, have a very Happy Thanksgiving! 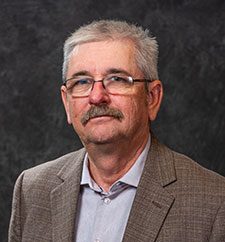