In the 19th century Victorian gardens shifted from native and natural landscapes to the inclusion of more exotic species. This was in part due to the rise in the use of greenhouses, otherwise known as “glasshouses,” making it possible to overwinter non-native species. This prompted travelers to collect and return home with exotic plants to adorn their landscape.

Victorian gardens during this time period featured clean planter beds, manicured with rounded borders. The repetitive use of plant species created designs that established continuity and a comforting feel. Symmetrical patterns in formal gardens known as the Parterre-style were common during this time. These planters often had borders formed by stones or hedges and pathways that separated one planter from another.

Among the popular exotic plants incorporated into Victorian gardens were those with bold colors or interesting forms such as canna lilies, ornamental grasses, ferns, gladiolas and coleus. These plants were included to bring unique features and intrigue to the gardens while the repetitive planting patterns made the garden into a cohesive and overall soothing experience.

Each section of a Victorian landscape was a metaphorical room in a house. Contrary to many American landscapes the lawns were not a feature in Victorian landscapes. Rather, in regards to the home metaphor, the lawn served as a rug creating a pathway from one garden, or room, to the next. Lawns doubled as the perfect place to host a garden party.

One “room” sometimes seen in a Victorian garden is a style known as a pincushion garden. This intricate design of plants is created within a circular planter several feet in diameter. Just a few plant species are used within each pincushion garden and are positioned in such a way to create a manicured pattern resembling pins stuck in a pincushion. Succulents and cacti are common choices for pincushion gardens. Due to their slow, compact growth, the maintenance required is minimal. The lines of the pattern will remain throughout the growing season even as the plants grow.

A modern-day pincushion garden can incorporate your own sense of style. Though succulents may have once been the plant of choice for this garden-type, there are a number of other options that could result in a similar experience. Consider the growth habit, color and form as you choose your pincushion garden plants. Plants that spread rapidly will increase the amount of labor you will have to do to keep the garden contained to the defined space. Instead, choose plants that remain compact such as: dwarf mondo grass (Ophiopogon japonicus “Nanus”), dusty miller (Senecio cineraria) and varieties of ferns. In keeping with the gardens of the 19th century, you may also choose plants with bold colors such as: variegated liriope (Liriope muscari “Variegata”), cockscomb (Celosia spp.) and Ageratum (Ageratum houstonianum).

The planting options are endless and as you create planting designs and patterns, the resulting pincushion garden translates into a living work of art and history lesson. The pincushion garden style is a great addition for the gardener who appreciates attention to detail in an overall low-maintenance garden. 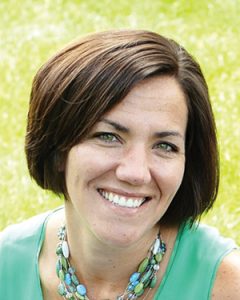