Typically, this time of year, we’re getting ready to send high school juniors or sophomores on trips of a lifetime to the Washington DC Youth Tour or Youth Leadership Camp in Steamboat Springs, CO. Like so many things this past year, the trips were canceled due to COVID-19. Instead, the Lane-Scott Electric Board of Trustees voted this past year to use the funds we would normally use to sponsor the trips toward six $1500 Continuing Education Scholarships.

The amazing forty-one applications received from graduating high school students and students already attending higher education schools were evaluated based on achievements, extra-curricular activities, G.P.A, community, and school involvement. Priority was given to those in the Lane-Scott Electric Cooperative service territory, and students entering into an electrical field/trade, or a HVAC trade. 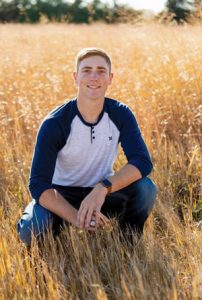 Kaden Bradstreet is the son of Kevin and Mindy Bradstreet of Dighton. Kaden graduated from Dighton High School in May 2020 and completed his first year at Fort Hays State University this past May. Kaden selected FHSU for their business program, where he plans to pursue a bachelor’s degree in business marketing. Kaden has gotten involved with various intramural activities and attends a youth group at FHSU. While attending Dighton High School he excelled in academics and leadership roles. He was consistently on the honor roll or high honor roll all 4 years, an honor student, and in the National Honor Society. He was class vice-president his Junior year and involved in football, basketball, golf, track, band, choir, FFA, as well as at his church and helping the Rec league as a ref and umpire. Kaden has also run his own mowing business for the past 6 years. 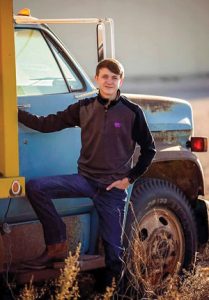 Kyle Doll is the son of Jesse Doll. Kyle graduated from Garden City High School in May 2020 and completed his first year at Kansas State University. He selected KSU for their agriculture and technology programs, both of which he loves. During his first year at KSU he has become involved in the Agriculture Technology Management Club, Ogallala Aquifer Advocates Club, and the Alpha Gamma Rho fraternity. Upon graduating from KSU he wants to take the knowledge gained from KSU back to southwest Kansas to help farmers become more efficient and profitable. While in high school, Kyle excelled academically graduating with principle’s honors, received his academic letter 3 years, and was part of the National Honor Society. He was also active in golf, cross country, FFA, NHS, and the school newspaper. He works at Doll Farms Inc. when not attending school. 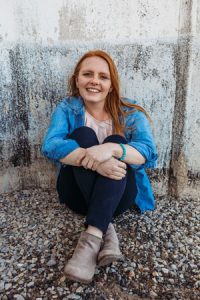 Alysson Foos is the daughter of Bryan and Jennifer Foos of Ness City. She graduated from Ness City High School in May of 2019 and completed her second year at Tabor College in Hillsboro, KS this past May. Alysson is very involved at Tabor College, participating in Presidential Leadership, the Student Activities Board, volunteering at Mainstreet Ministries and the Social Justice Club, is part of Cheer, Share Prayer & Dare, Navigators, and Science Club. Alysson plans to graduate in December 2022 obtaining a degree in social work then take her licensure exam for BSW after graduating. Upon graduation she would like to get a job for a couple years in a rural community of Kansas working with elderly adults, then return back to school to obtain her masters.  While attending Ness City High School, she received several academic awards including the Kansas Governor’s Scholar, was the class valedictorian, and received several other academic awards. She participated in leadership groups, was involved in multiple sports, scholar’s bowl, 4-H, cheer, and speech & drama. 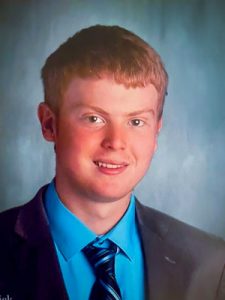 Patrick O’Toole is the son of Michele and Darcy O’Toole of Ness City. Patrick graduated from Ness City High School this past May. Patrick will attend North Central Kansas Technical College in Hays to complete their Plumbing, Heating, Ventilation, and Air Conditioning (PHVAC) program. After graduating he will work as a PHVAC technician and wants to eventually have his own business in the field. While in high school Patrick was involved in football, band, FFA, track and field, and 4-H, was on the principle’s honor roll his junior and senior years, and honor roll sophomore year. Patrick has been employed at BTI in Ness City and has a lawn and landscape business. 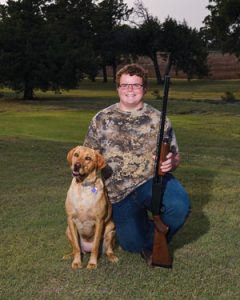 Eli Rupp is the son of Chad and Charlie Rupp of Dighton. Eli graduated from Dighton High School in May and plans to attend Hutchinson Community College where he can get his Associates degree in their Heating, Ventilation, and Air Conditioning (HVAC) program. Eli plans to return back to western Kansas, working for a HVAC company and eventually owning his own business. While in high school he was involved in football, basketball, track, the Electrathon team, FFA, and state powerlifting. He is also busy working seasonally at his own mowing business. He also completed an internship during the school year with Lane-Scott Electric’s HVAC technician. 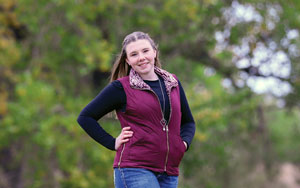 Kiley Whipple is the daughter of Toby and Michelle Whipple of Kalvesta. Kiley graduated from Ingalls High School this past May and has been taking college classes through Dodge City Community College since July 2020. She plans to attend Fort Hays State University to obtain a bachelor’s degree in Agriculture Education with a minor in Elementary Education. Eventually she would like to teach ag classes and sponsor an FFA chapter at a small school to provide education to all students who would like to pursue agriculture. While attending high school Kiley excelled, being on the National Honor Society for 3 years, and on the high honor roll all four years. She was involved in NHS, K.A.Y club, STUCO, FCCLA, FCA, sports, band, choir, forensics, agriculture, and class leadership. She volunteered as a Vacation Bible School leader, at various community activities, and with the Friends of Horsethief Reservoir.