Things Can Get Done in D.C.

I think we are all frustrated by the lack of civility and cooperation in Congress. It has created gridlock, division and feuds that damage the spirit and ability of good leaders who truly want to make a difference for our state and our nation.

But things can get done in D.C. — and as a member of an electric cooperative, you are a recent beneficiary. Back in 2017, Congress created a problem for electric co-ops when it made changes to the tax code that inadvertently put co-ops’ federal tax-exempt status at risk if they received certain funds.

Co-ops pay state and local taxes, franchise fees, sales taxes, property taxes and many other levies but are exempt from federal income tax as long as they comply with the “85-15 rule.” That rule is an accepted and long-standing IRS standard that limits the amount of income a co-op can receive from non-members to 15% of its annual revenue.

Unfortunately, the 2017 tax act revision counted any grants a cooperative might receive as unrelated income which could have triggered a federal tax obligation beginning in 2020. Examples of those grants could be to develop rural broadband or recover from a major storm. Because of their not-for-profit status, impacted co-ops may have been forced to raise electric rates to cover the tax bill.

Our electric cooperatives are deeply connected to the communities and region they serve and are focused on energy needs today and into the future.

While we didn’t have any co-ops in Kansas that would have faced such a tax obligation this year, many were affected across the country. Knowing, however, that Kansas cooperatives would be just one FEMA-qualifying ice storm or tornado away from a big tax bill, every member of our Kansas congressional delegation took proactive steps to endorse legislation to fix the problem.

Senators Roberts and Moran as well as Representatives Davids, Estes, Marshall and Watkins all answered the cooperative call to co-sponsor the Revitalizing Underdeveloped Rural Areas and Lands Act of 2019 or RURAL Act.

There is a big distance between cosponsoring a bill and passage — a chasm which is rarely bridged — but shortly after midnight on Dec. 17, congressional leaders met behind closed doors to negotiate a last-minute budget deal that would prevent a government shutdown.

It was touch-and-go until the last minute but when it came time for congressional leaders to decide which of more than 100 tax-clarifying provisions would be included in the funding package, the RURAL Act was one of the few to make the cut.

While the victory was clinched in that late-night meeting of lawmakers, the moment was only possible because of intense and coordinated lobbying by electric cooperatives and our grassroots.

“What got done in the end was really driven by what we did starting at the beginning of the year,” said Louis Finkel, senior vice president, government relations, for the National Rural Electric Cooperative Association. “Before we began lobbying on the RURAL Act, we were meeting with more than 100 new members of the House and Senate in Co-op 101 sessions to explain what co-ops are: that we are not-for-profit and that we serve the communities where we live. That conversation was the precursor to pass the bill.”

As Congress entered its August recess, Kansas cooperatives were part of a national campaign-style approach to pass the bill, including media outreach and communications from co-op CEOs, directors, employees and consumer-members to tell our elected officials what was at stake.

Kansas cooperatives produced videos and posted them to social media, made calls to our delegation offices, and were part of nearly 28,000 messages of support sent to Congress. In the end, more than two-thirds of the House and more than half of the Senate were co-sponsors.

Our electric cooperatives are deeply connected to the communities and region they serve and are focused on energy needs today and into the future. Providing our consumer-members with safe, reliable and affordable power will always be our highest priority and advocacy is often necessary to meet that goal. The RURAL Act shows what can be done when we lock arms and work together toward a common and important goal. Thank you to the Kansas congressional delegation for your support and this success on behalf of our electric cooperative consumer-members. 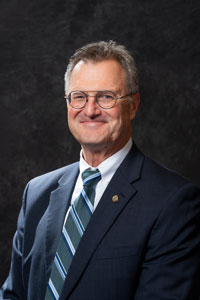