Year of the Mighty Oak 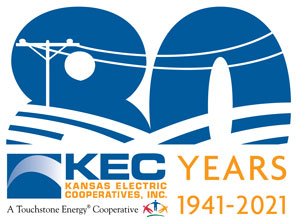 The second year of my term as the president of Kansas Electric Cooperatives, Inc. (KEC) has begun as well as year number two of writing this column in Kansas Country Living. I remain humbled to have the opportunity to do both. In writing this monthly article I’ve tried to stay out of politics and the pandemic. Frankly, there is already an overload of discussion on both topics. I try and make my writings a fun read with a little reminiscing and relativity along the way.

This year marks the 80-year anniversary of KEC. Googling what the symbol for 80 years of service would be, resulted in oak as the common theme. Very fitting as a representative of strength and service. The KEC has certainly reached a milestone in the electric cooperative framework, representing members and customers not only statewide but also on a national level. In the late 1930s and early 1940s, rural electric cooperatives were busy securing charters, signing on customers, and stringing conductor.

Even as these small cooperatives were busy developing rural America, they saw a demand for a statewide organization to represent all cooperatives in needed areas. Some of these needs, such as governmental issue representation, safety, and communication, have not changed. However, the biggest change through the years has definitely been technology.

Eighty years ago television was barely a thought. TV shows such as “The Lone Ranger” and “Howdy Doody” wouldn’t debut until later that decade. A radio was a special-order item on any new automobile. Today we have social media, cybernetics, and storing data on the cloud. We become irritable if power is momentarily interrupted during “Dancing with the Stars.” Even with all the exposure to storms, reliability of service has become a mainstay of power providers.

With the history, leadership, and commitment to excellence that all the electric cooperatives bring, I could not be any prouder to be a small part of this 80-year oak. 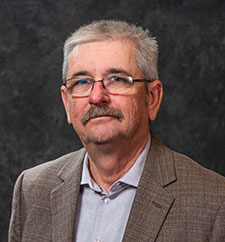